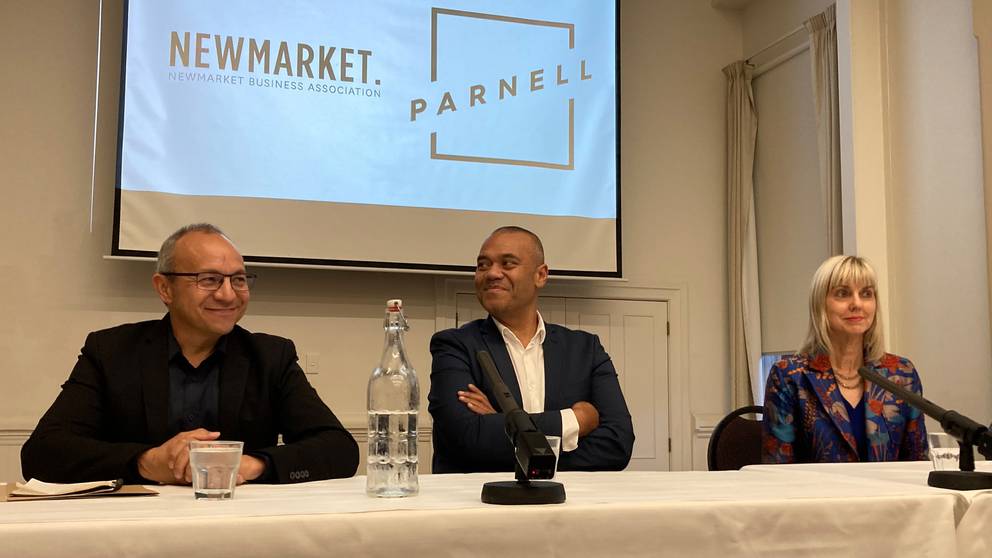 The next Mayor of Auckland could make life difficult for the Government’s intensification plans across the city and the controversial Erebus memorial in Parnell.

Three of the four main mayoral candidates last night said they wouldn’t stand for Government-imposed directives to allow for higher density housing, leading to the loss of kauri villas and bungalows.

Even the Labour-endorsed candidate Efeso Collins stood up for a middle ground proposed by the council to preserve 15,000 of the 21,000 homes with heritage values, but said he believes in intensification done well.

“We have to plan for growth and a city that is going to be 2.4 million people in the next 18 years. That doesn’t mean we take away the beauty of parts of Auckland,” Collins said.

The issue came up at a mayoral debate held by the Parnell and Newmarket business associations and attended by about 150 people at the historic Jubilee Building in Parnell.

They were there to hear Collins, businessman Wayne Brown, Heart of the City chief executive Viv Beck and independent media operator Craig Lord.

Parnell is Auckland’s oldest suburb and zoned for six-storey housing, said one question to the candidates, and “what will you do to stop this one-size fits all”?

Brown said he would wheel in all the Auckland MPs ahead of next year’s general election and tell them “don’t you dare do that” and start behaving like local MPs, not MPs from Wellington.

Beck said Auckland has to stand up to the Government, saying the edict from Wellington to build three homes of up to three storeys high on most sites with few planning rules will destroy the city’s identity and character.