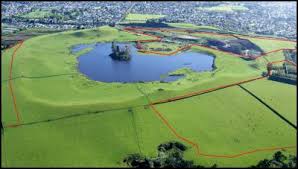 CTA was approached to support the petition to save Crater Hill in Papatoetoe, a scheduled Outstanding Natural Feature on which the Independent Hearings Panel had permitted the building of more than 550 houses.  We provided the following comment:

Civic Trust Auckland is concerned about rejection of past local and regional protection, rejection of continued protection proposed by the notified Unitary Plan, and the Independent Hearing Panel’s subsequent recommendation.

Furthermore the land on Crater Hill is inappropriate for housing, on account of its proximity to the proposed second runway of the Auckland International Airport.

In assessing the case for a proposed nomination of Auckland’s volcanic landscape for UNESCO world heritage status, Crater Hill was recently ranked the area’s eighth most-valued volcano, in a report to the Ministry of Culture and Heritage.

Civic Trust Auckland submitted on Crater Hill in the Unitary Plan (as well as on other maunga), supporting the addition of precincts around the volcanoes and the development of rules to protect them.  CTA continues to support recognition of these outstanding maunga and rejects moves to reduce their protection.

See here for a media article on Crater Hill.

Read the paper written by Munroe Graham, Board member, in response to the panel’s decision Crater Hill – Munroe Graham