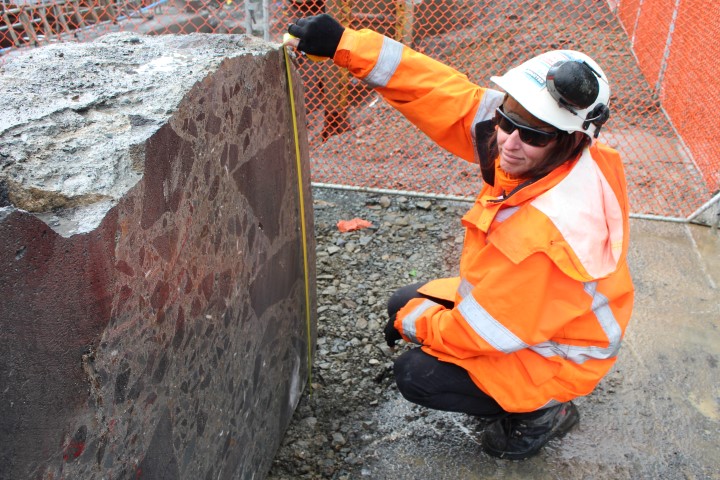 Evidence of a historic seawall in Auckland’s Quay Street has been uncovered as part of the Downtown Programme, during strengthening work in the area

The seawall supports land reclamation which took place sometime between 1875 and the early 1900s.

Auckland Council’s Downtown seawall strengthening team recently discovered remnants of the original seawall and two wooden piles which formed the legal boundary of the city over 100 years ago.  The section, which is shown on town maps from 1875, ran diagonally across Quay Street at the Lower Albert Street intersection and clearly links to the graving (dry) docks.

Historical documentation and oral traditions refer to kainga and pā, indicating the city centre and waterfront was a place where Māori lived and flourished. The bay where waka once landed – now known as Commercial Bay – formed the heart of the burgeoning business centre.

Most of the 1875 sea wall will remain in situ, buried under Quay Street and behind the later 1920s reclamation, though people will be able to see parts of the 1920s wall and sea stairs incorporated into the open fretwork of the new deck structure.

Heritage New Zealand Pouhere Taonga has worked closely with Auckland Transport and granted an archaeological authority for the project.