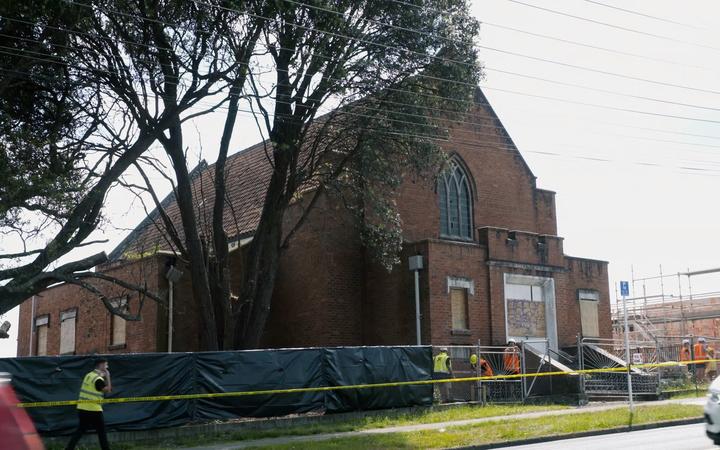 One of the oldest heritage buildings in New Lynn was demolished on 27 November, ending the community’s long fight to save it.

The former St Andrews Church hall on Margan Ave in West Auckland has been ruled unsafe as it is at risk of collapse and “likely” to cause injury or death.

Built in 1928, the church is one of the oldest heritage buildings in the area.

It is listed as a Category B Building by Auckland Council, which means it is a place of significant heritage value.

An independent engineering consultancy also confirmed that the church was “immediately dangerous” and at risk of collapse.

The council said all avenues were considered to save the church but demolition was the only safe option.

See here for a report by RNZ on the demolition, including video.

See here for a report on the demolition from Stuff.

See here for an article in the NZ Herald.