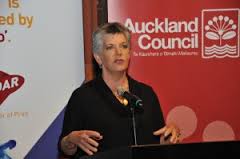 At marathon full council meeting yesterday, lasting seven hours, councillors voted 13 to 8 to withdraw the evidence to the Hearings Panel on the latest proposed changes at shown in the maps released in December.

This included the unpopular and undemocratic out of scope upzoning that blindsided the residents in the eastern suburbs, particularly Glendowie, St Heliers and Mission Bay.

Bernard Orsman from the Herald astutely comments on the reasons for this no vote – a lack of trust in the council planners and the lack of natural justice in the process.

This was not a debate about intensification or affordable housing, both agreed to be desirable by all groups, and was not being contested.

See other recent articles on the vote here.