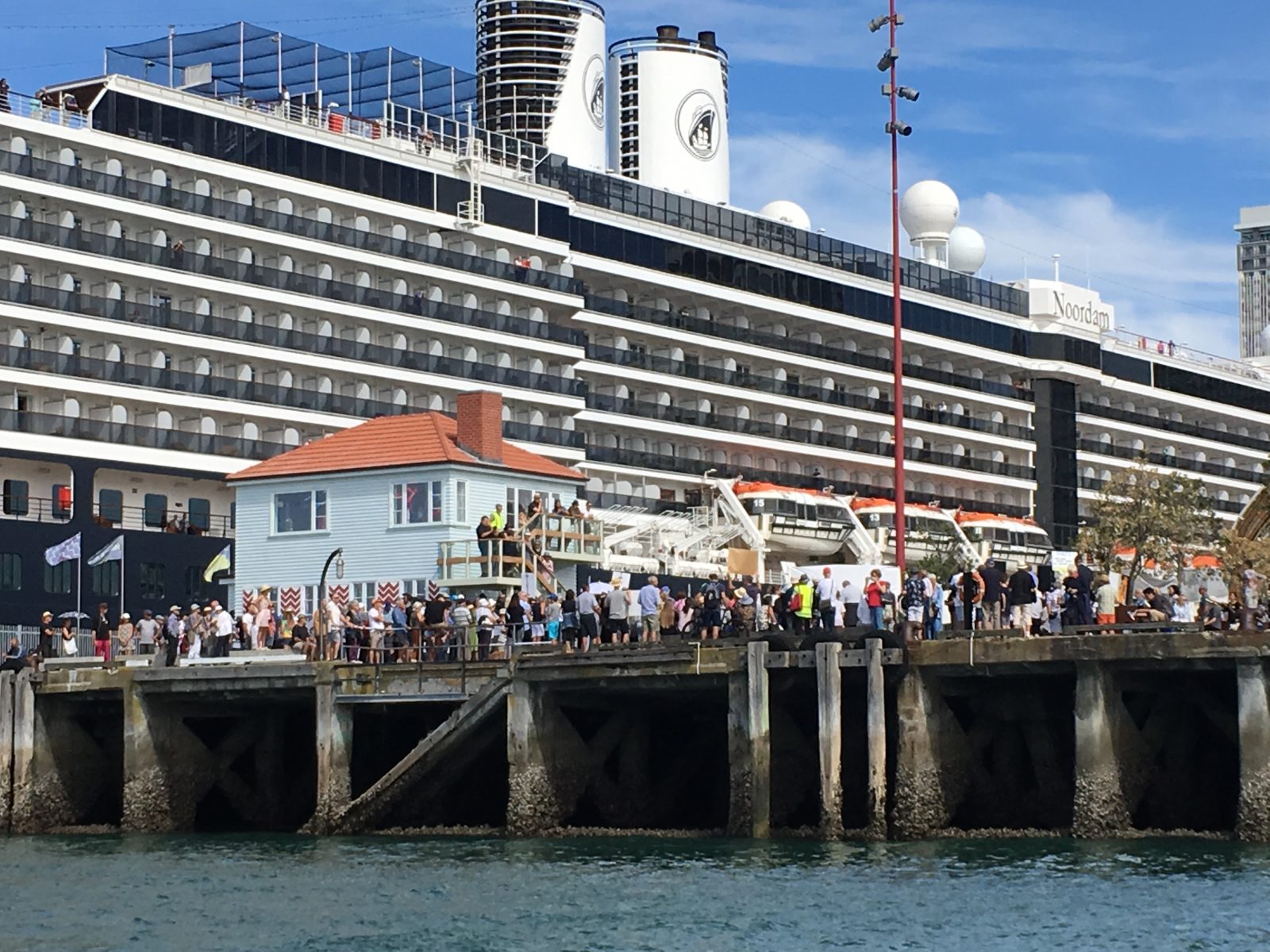 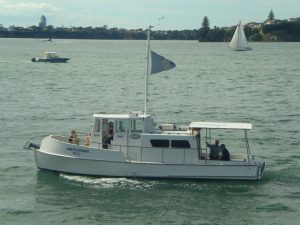 “This is our harbour and we do not want an unnecessary extension to our people’s wharf.“

This was the strong message sent by several hundred protesters on land and sea, including CTA members, yesterday afternoon, 10 March.

Children on one of the boats that were part of the 30 plus flotilla circling off the end of the wharf chanted “Save it for us.”

The protest was to oppose Auckland Council’s plans to build a $14 million, 90-metre concrete extension from Queens Wharf into the harbour to enable even bigger cruise ships to berth. 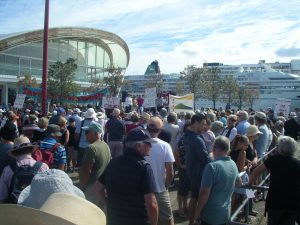 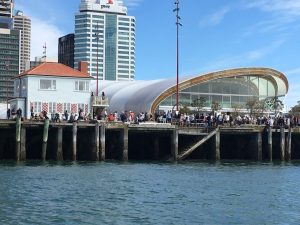 Protest from the boating flotilla. 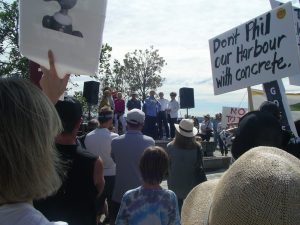 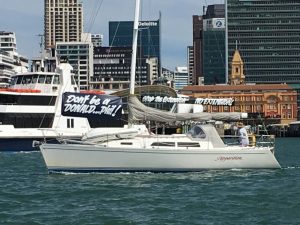 Banner reads “Don’t be a Donald, Phil. Stop the Extension. No Extension.”