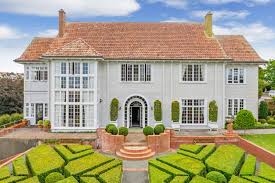 One of Auckland’s most admired heritage homes, with a rich history  – plus a precisely manicured formal garden – is on the market.

The Arney Rd home, listed Category 2 by Heritage NZ, and scheduled Category B by Auckland Council, was built in 1914 for Charles Isaac Nathan, of the well-known merchant and brewing family that founded L.D Nathan & Co. The noted architects, Chilwell and Trevithick, designed other significant buildings, including Myers Kindergarten, Whitcombe and Tombs Building in Dunedin and the Arthur Eady Building on Queen St.

Only two families have owned the four-level home in over a hundred years – with a break in residential use when it was sold to Auckland Kindergarten Association in the 1950s.

Current owner John Strevens is a former deputy mayor of Auckland City. Artist Katherine Strevens’ work can be seen throughout the home, including the dining room which has been hand-painted in the style of Chinese wallpaper with more than 60 birds.

John Strevens is a life member of Civic Trust, and in March 2013, he graciously hosted a garden party for Civic Trust members.

The thin white line is the scheduled extent of place for the Category B heritage home, set in the new Unitary Plan. 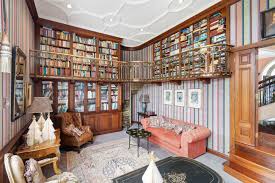