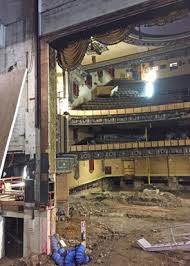 The restoration of the St James Theatre is on hold at present, due to the proposed associated apartment complex not proceeding.

A $250m 39-level apartment building was meant to be built next to it, but that’s been cancelled.

Steve Bielby, in charge of the restoration, said all works were suspended. He can’t get access to any funds till he has an “operational theatre” – and he can’t get that until a new building goes up beside.

This is a once-splendid 1928 building, which Heritage NZ says is nationally significant, one of the best preserved vaudeville theatres in New Zealand.

The theatre is there and is almost completely intact but the public just can’t get inside any more. It has hosted the Bolshoi Ballet, Sir Lawrence Olivier and Vivien Leigh in its heyday.

The Herald recently posted a video tour of its present state – see here: 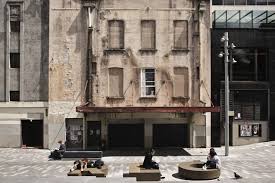